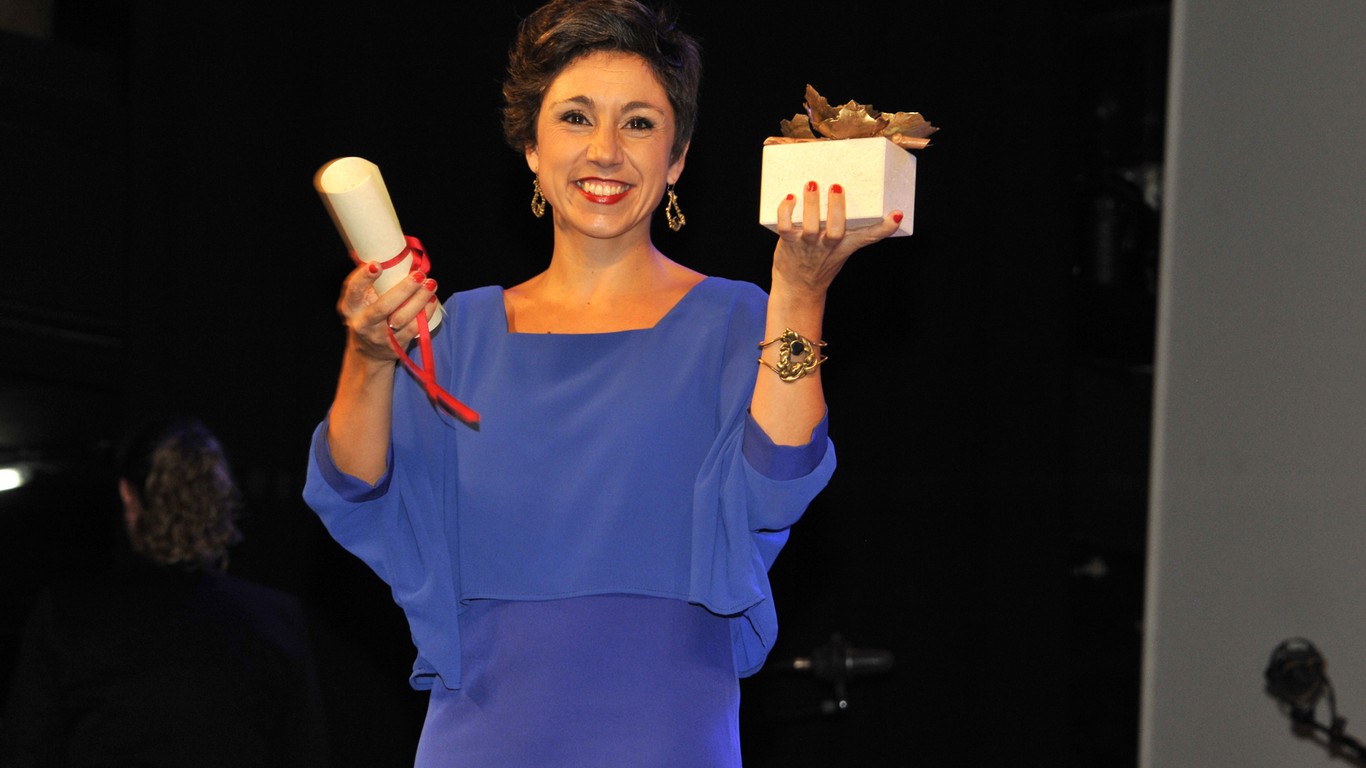 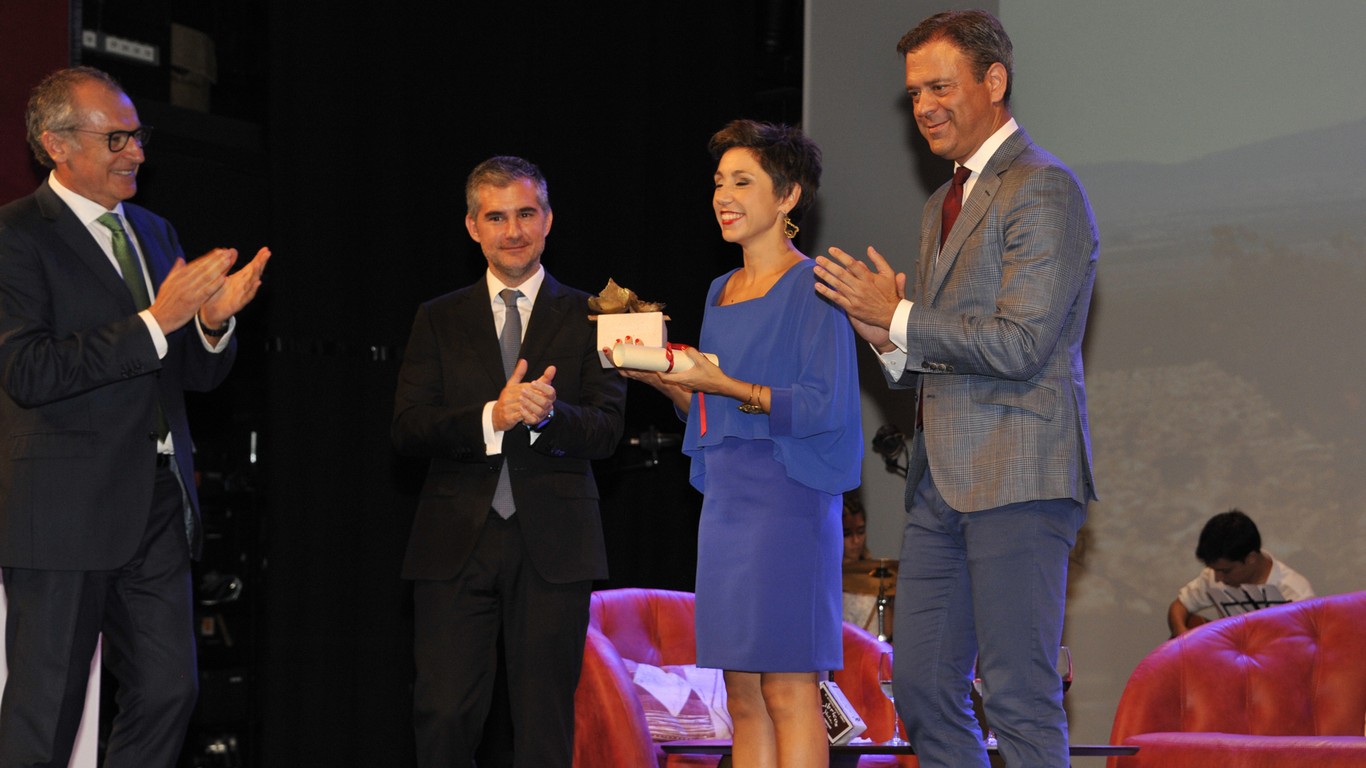 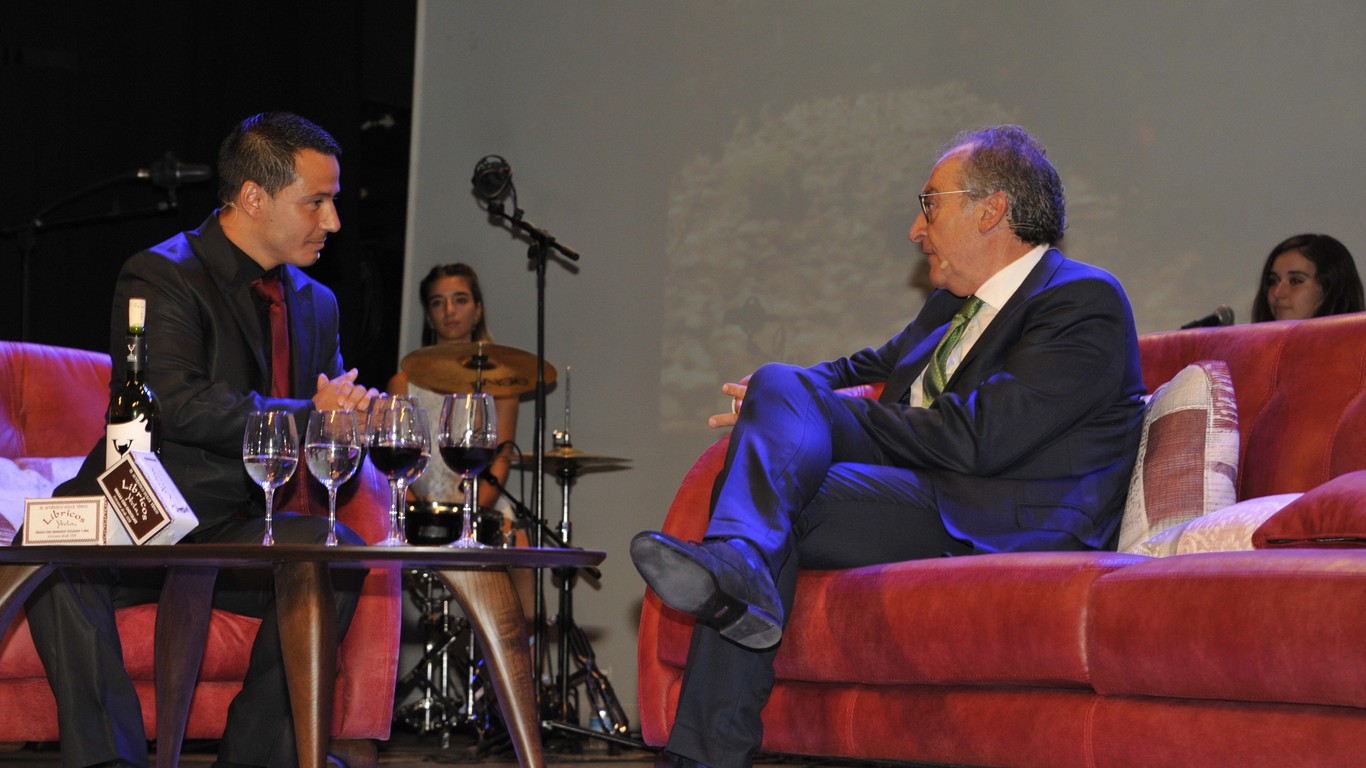 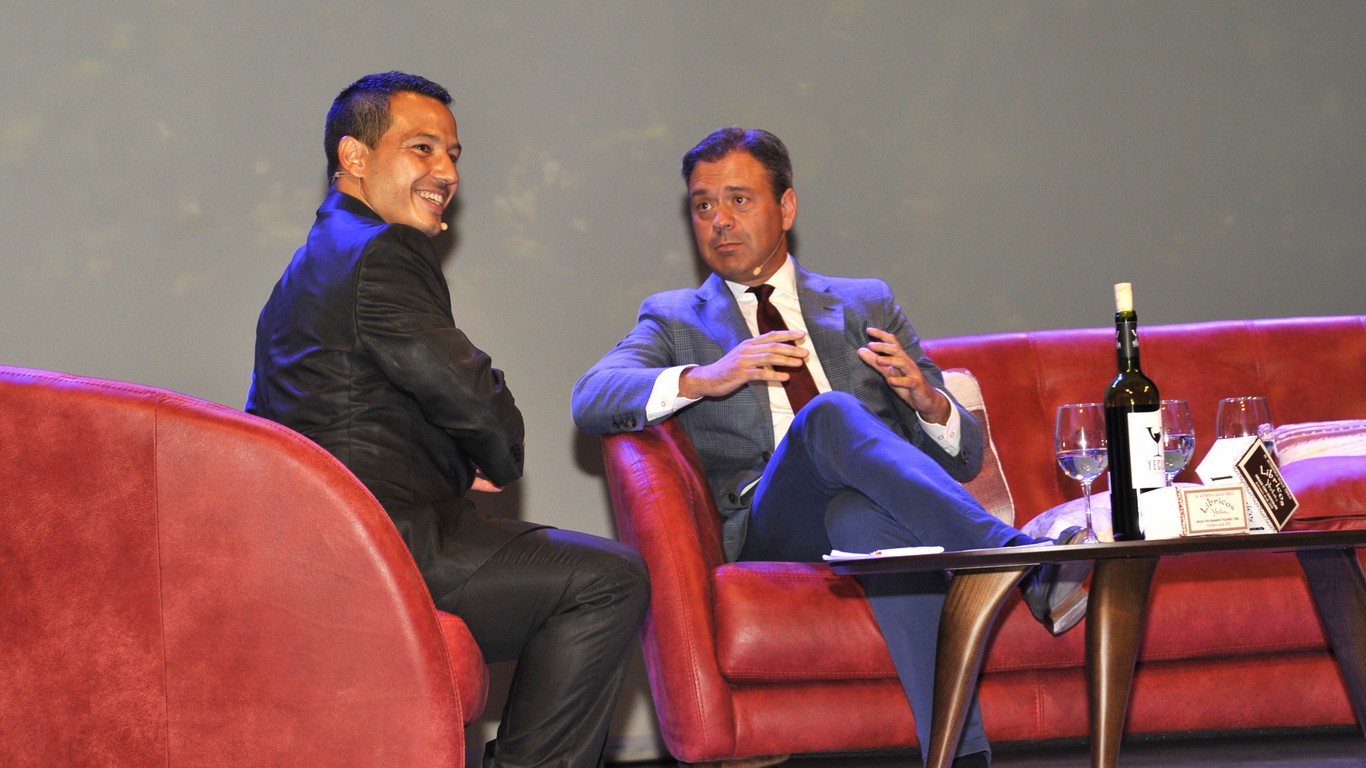 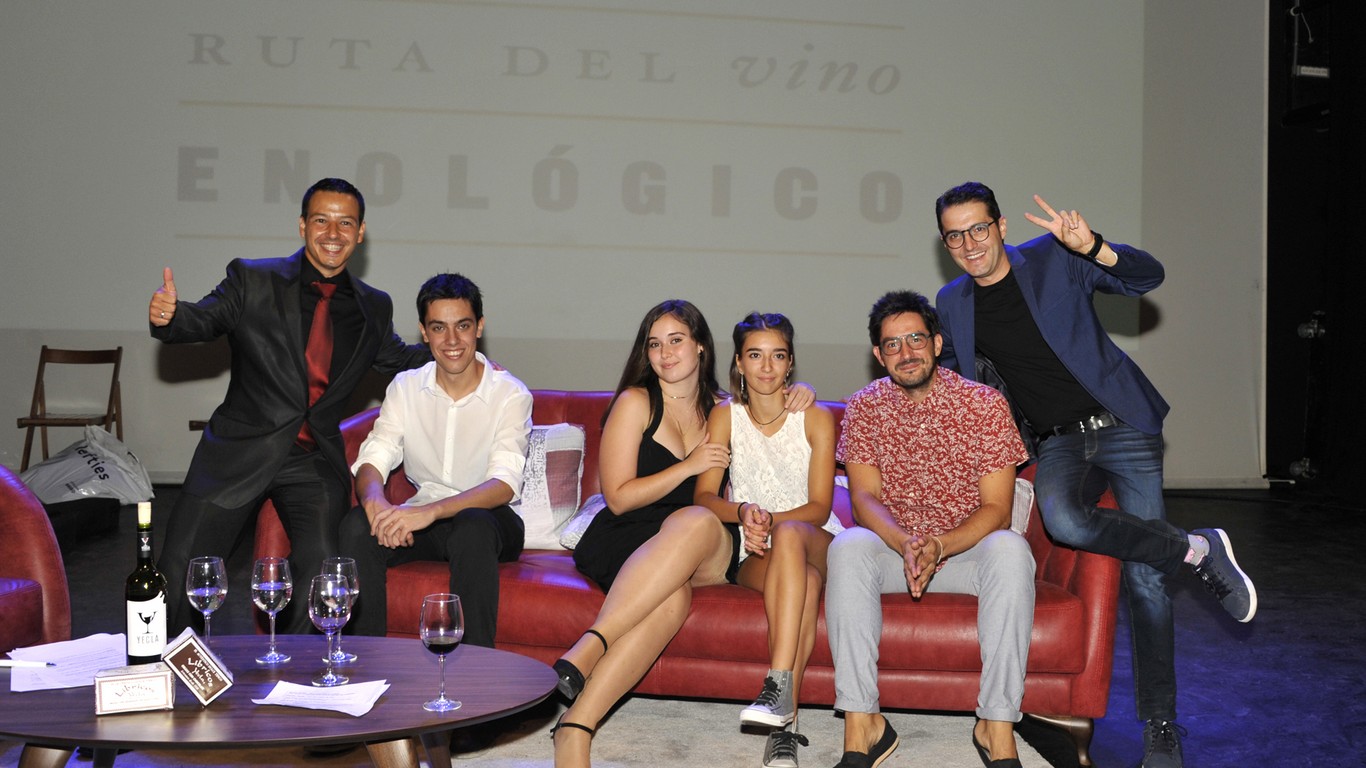 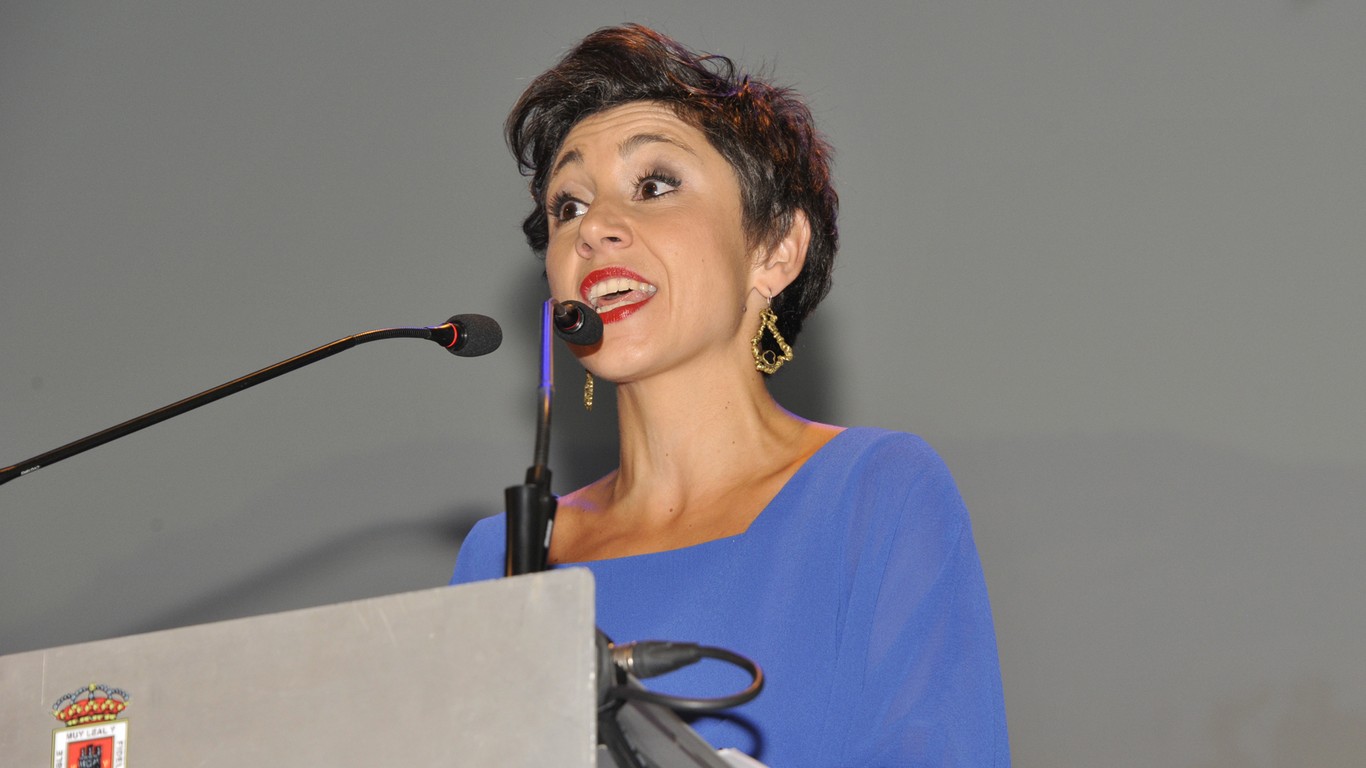 The Wine Route of Yecla, together with the City Council of Yecla, Tourism, Culture and Celebrations of Yecla have celebrated the great Wine Fair 2018 during the weekend of September 7, 8 and 9. With multiple activities, folklore and surprises, this call has reunited thousands of people in Yecla. A very positive balance for all.

The 8th Enotourist Gala has been a real success for audiences and critics with a different and creative show. The journalist Noemí Martínez Tévar (RNE) has joined the prestigious list of ambassadors of the Yecla Wine Route as Enoturist of the Year. Likewise, the Folklore Festival, which had to travel to the Concha Segura Theater for meteorological reasons, has turned out to be a new epicenter of culture, tradition and joy. From the organization we want to highlight the gratitude to all the attendees, entities, institutions and collaborators that have made this new edition possible.

The Wine Route of Yecla is made up of 5 wineries and some 40 associated establishments. Last year alone attracted more than 4,500 visitors, almost 50% of them from various foreign countries. Those responsible for this plan are the wineries, the oil mill, the restaurants and bars, as well as various accommodation and collaborating institutions. But the protagonist is you. Always you.

Wine tourism and oleotourism continue to rise in Yecla (Murcia) and this has been demonstrated once again with the great Wine Fair 2018. Culture, nature and gastronomy with wine as a common link have led many activities during the Last weekend of September 7, 8 and 9.

Remember that on Friday 7 the VIII Enotourist Nomination Gala was held at the Concha Segura Theater, where Yecla journalist Noemí Martínez Tévar (RNE) received the award as Enoturista del Año. It was a different, original and very enjoyable evening directed by the journalist Jorge García Palomo (Factory of Experiences), with the Evocation to Wine by the humorist David Domínguez, the stories of Fran Pintadera and the music of the musical group Serendipity. The act was attended by numerous regional and municipal authorities, as well as representatives of the Yecla Wine Route. Full capacity in a night full of surprises, reflection and fun.

Unbeatable kick-off for a weekend that continued with various activities and sensational proposals, such as the prestigious Folklore Festival on Saturday 8 and Sunday 9. For weather reasons, the event was moved to Concha Segura Theater, where the Choirs and Dances performed of Santander, the Gruppo Folkloristico di Lucignano, Choirs and Dances Virgen del Rosario de Alhama de Murcia and, of course, the hosts: Choirs and Dances of Yecla. It was also a success the guided tour under the title "A walk through the old town of Yecla plus libricos tasting" and, from the whole organization, we want to emphasize the importance of each and every one of those who have made this new event possible.

It is about unforgettable days that still generate news and that contribute to consolidate the name of Yecla and its excellent wines as referents of wine tourism throughout the country. And, as she pointed out during her speech the Enoturista del Año 2018, Noemí Martínez: "Let's drink for life".

The Newspaper of Yecla