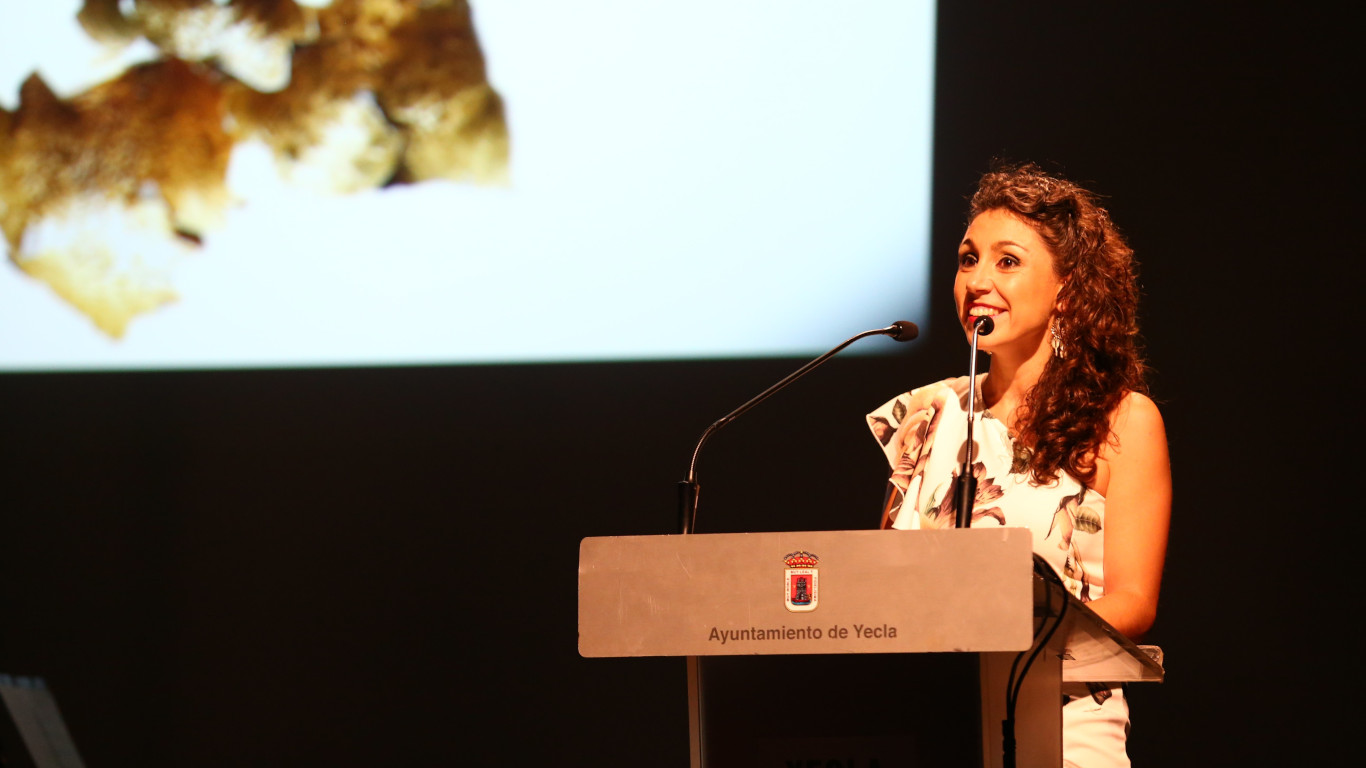 The Board of Directors of the Wine Route Association of Yecla , in consensus with the Department of Culture, Tourism and the City of Yecla , has appointed Enochurista 2018 Noemí Martínez Tévar .

Noemí is Yeclana , born in 1980. She has been working at RNE for close to 14 years, during this time she has worked in different travel programs (" España Paso a Paso " and " España Viajera "), being 7 years as deputy director of the daily program of "Direct Spain".

For 5 years, she has been dedicated to cultural information, where she has been deputy director of RNE's daily cultural program " El ojo crítico " (a program that has been broadcast for 35 years). Currently covers the Culture Area of RNE , where we can listen to magazines, cultural or informative spaces.

Along with his work in radio, he has presented many public events, many of them in Yecla, his city, where he has conducted three Galas Enoturistas, has been a precursor of the Fiestas de San Isidro, has proclaimed the Fiestas de la Virgen, has collaborated with the Association of Friends of Music ... Also teaching classes in a master's degree at the Complutense University on radio language and media.

In short, a perfect candidate that meets all the necessary qualities, knowing our territory and with the vital vocation to constantly communicate the importance of our culture, gastronomy and industry, never forgetting to celebrate the vibrant wine tourism enjoyed by Yecla.