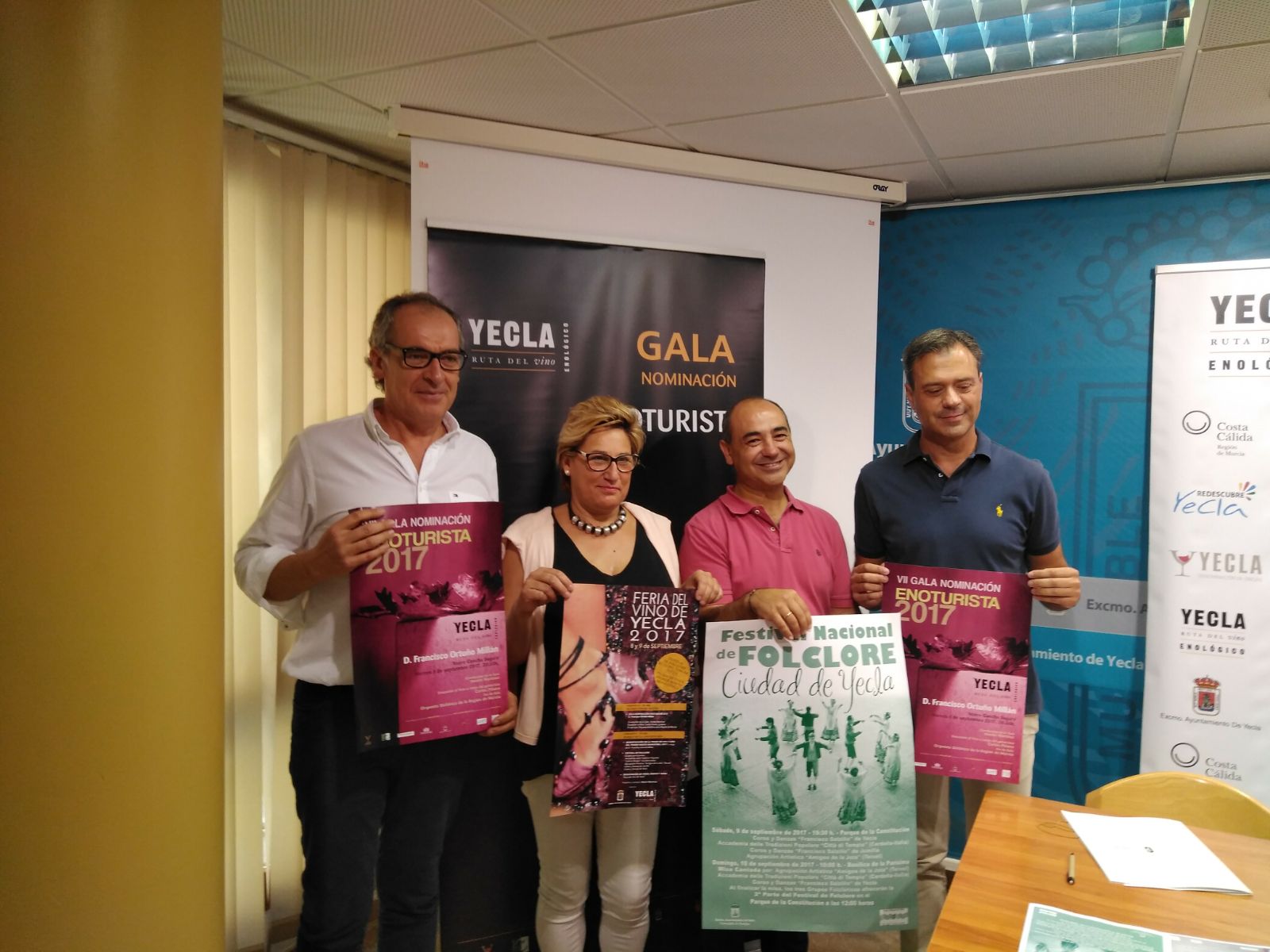 Last September 5th, Inmaculada García, Councilor for Tourism, Juan Pedro Castaño, President of the Wine Route of Yecla and Jesús Verdu, Councilor for Culture and Celebrations, accompanied by the Mayor of Yecla Marcos Ortuño, presented the Wine Fair of Yecla 2017.

The next days Friday 8 and Saturday 9 September, organized by the Hon. Yecla Town Hall with its departments of Tourism and Celebrations, Yecla Wine Route and Regulatory Council DO Yecla, is scheduled an intense weekend prior to September Eria F loaded with numerous activities.

The gala will be hosted by N oemí Martínez , our beloved journalist from Yca and RNE.

The gala is divided into three parts:

A Second : "Nomination of Enoturist" to the Theater Director and Yeclano dramatist, D Francisco Ortuño Miñan.

7.30pm in the park of the Constitution:

It escenificació Pisa n of the first grape Monastrell 2017 and the first must obtain by choirs and dance F rancisco S alzillo Y ECLA.

The must obtained will be received by the enologist of the Yecla Wine Route 2017 D. F rancisco O rtuño M iñan .

Next, the Yecla Wine Route Folkloric Festival will take place, with the participation of the following groups: 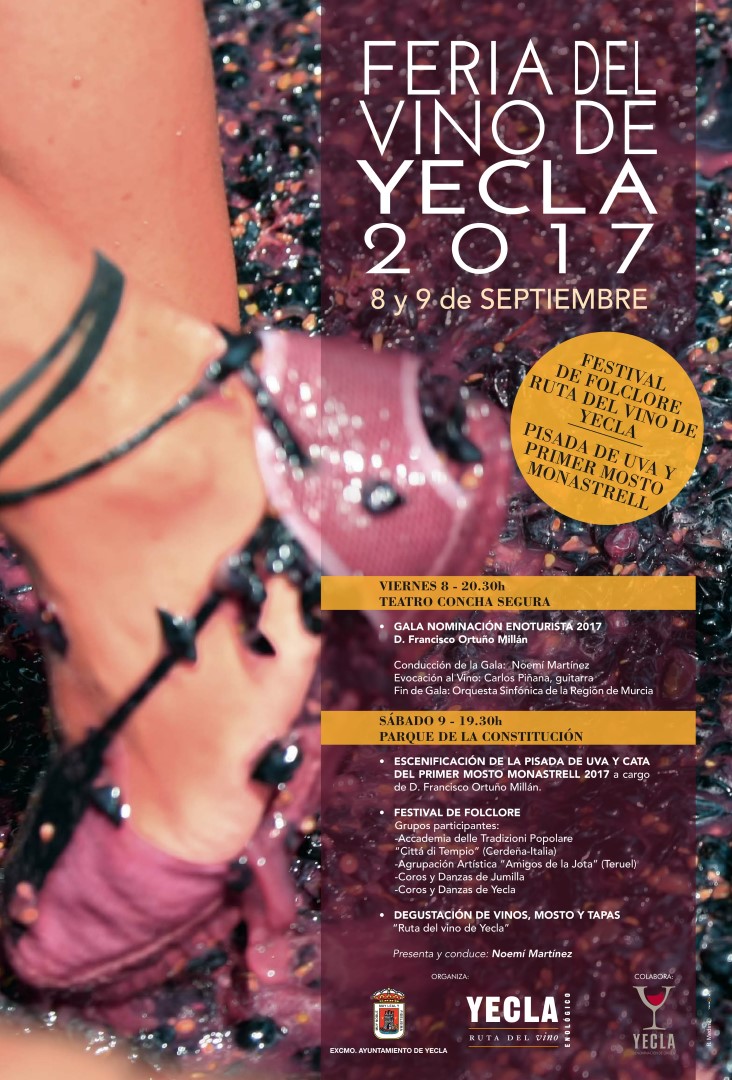 The career of Francisco Ortuño Milan is broadly interesting:

All his life has been dedicated to training and professional experience in the area of performing arts and international relations.

Since Francisco Ortuño Millán began doing theater in Yecla in 1979, the year in which he founded the theater group Mascara whose first production was that of the musical work Jesus Christ Superstar, until today, has an extensive and deep career with a prestigious curriculum that supports:

Doctorate in Theory of Literature and Arts and Comparative Literature (University of Granada).

He has directed numerous International Institutions, agreements or projects:

Juan Carlos. He has been a patron of the International Mediterranean Theater Institute Foundation (IITM) and a medal of honor for the Latin

Author and director of works in different languages that together with his workshops and conferences have been presented in the Mediterranean, Europe and America. Highlight their latest releases: Carmen Lilith at the Théâtre National de Chaillot and ¡Oh Cuba! Federico García Lorca at the Generalife Theater in Granada.

He has developed a wide teaching task in different universities and institutions of the world and has designed in Andalusia the contents of 5 university research groups: women and scene, theater and immigration, school of spectators, classic Andalusian theater, scene and technology.


His works have been echoed in different media, highlighting the publications as director of Public Theater (Vol1: Creation, research and public) Vol2: International / Intercultural Theater Vol3: Women and scene) and the book Planet Scene in Standing of peace and the ennead We: Terrae (to publish).

Since April 2014, it has the No. 2 stage box of the Concha Segura theater labeled with its name.

A whole personality, and undisputed candidate for our nomination as an RVY wine enthusiast

Then we leave you an interview with Francisco Ortuño Millan made by TELEYECLA on April 3, 2014 on the occasion of the act of labeling with his name of the box at the Concha Segura theater. The article entitled "Francisco Ortuño Millán will have a theater box Concha Segura labeled with his name" you can read it at: http://www.teleyecla.com/secciones/noticias/noticia.php?noticia=2313