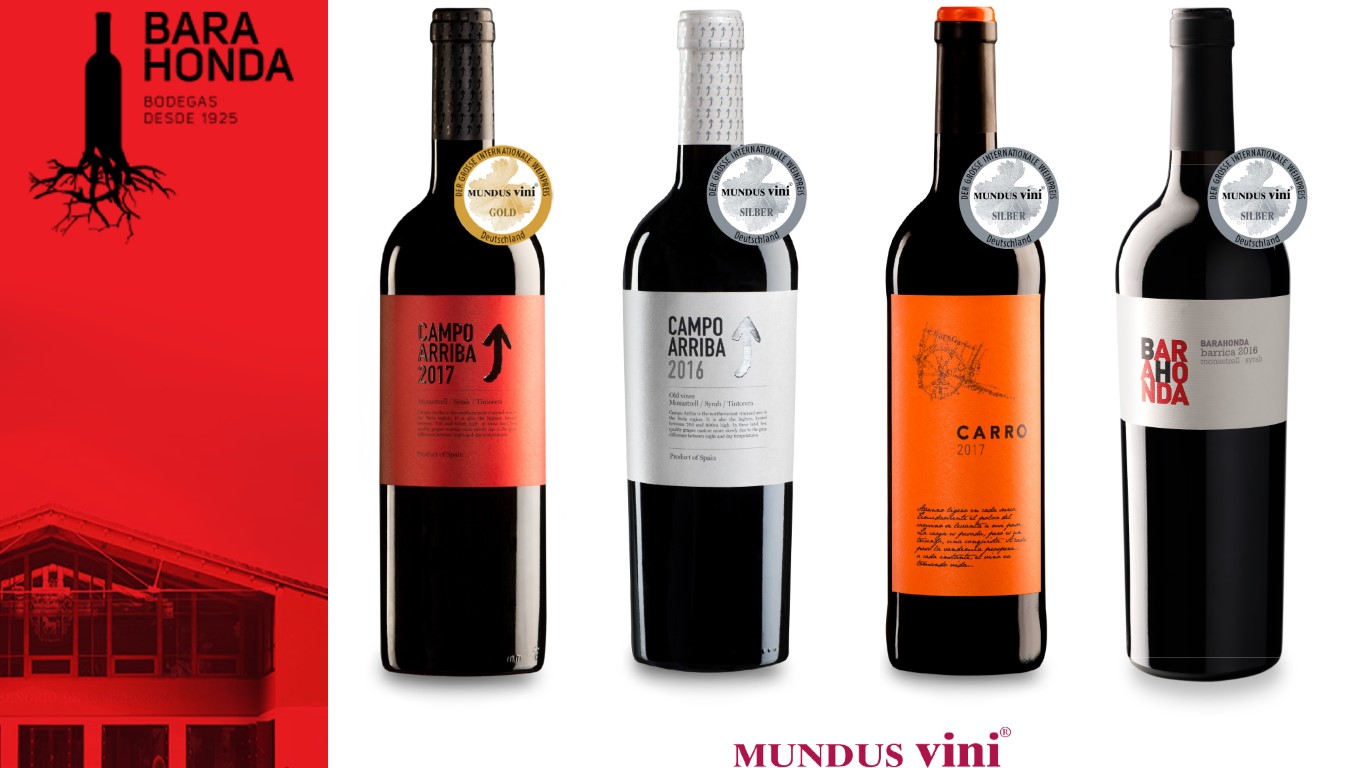 Because of the strict nature of the rules of the contest itself, the medal decoration of the MUNDUS VINI International Grand Wine Prize is limited to a maximum of 40 percent of the candidates and four of our wines have overcome this barrier.

In general, 175 members of the jury awarded 12 coveted Grand Gold medals, 600 gold medals and 1133 silver medals this year. The Barahonda wines awarded were the following: