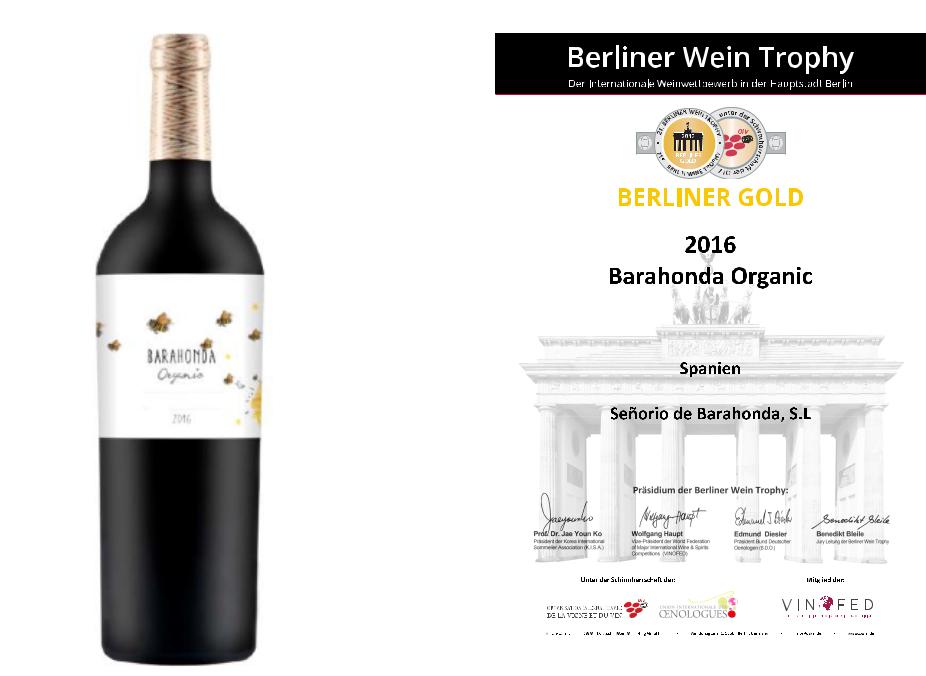 The 21st summer edition of the Berliner Wein Trophy has concluded , an edition in which some 5300 wines have been presented, tasted and evaluated.

The judges agreed that the quality of the wines in the Berliner Wein Trophy has been extremely high and, due to the statutes of the OIV, only 30% of the wines presented can be awarded. On the other hand, however, it increases the value of the medals won, where our Barahonda Organic 2016 wine has been awarded a gold medal. In addition, he has also been awarded with Gold medal Campo Arriba Old Vines 2015 , a wine that we dedicate exclusively for export.