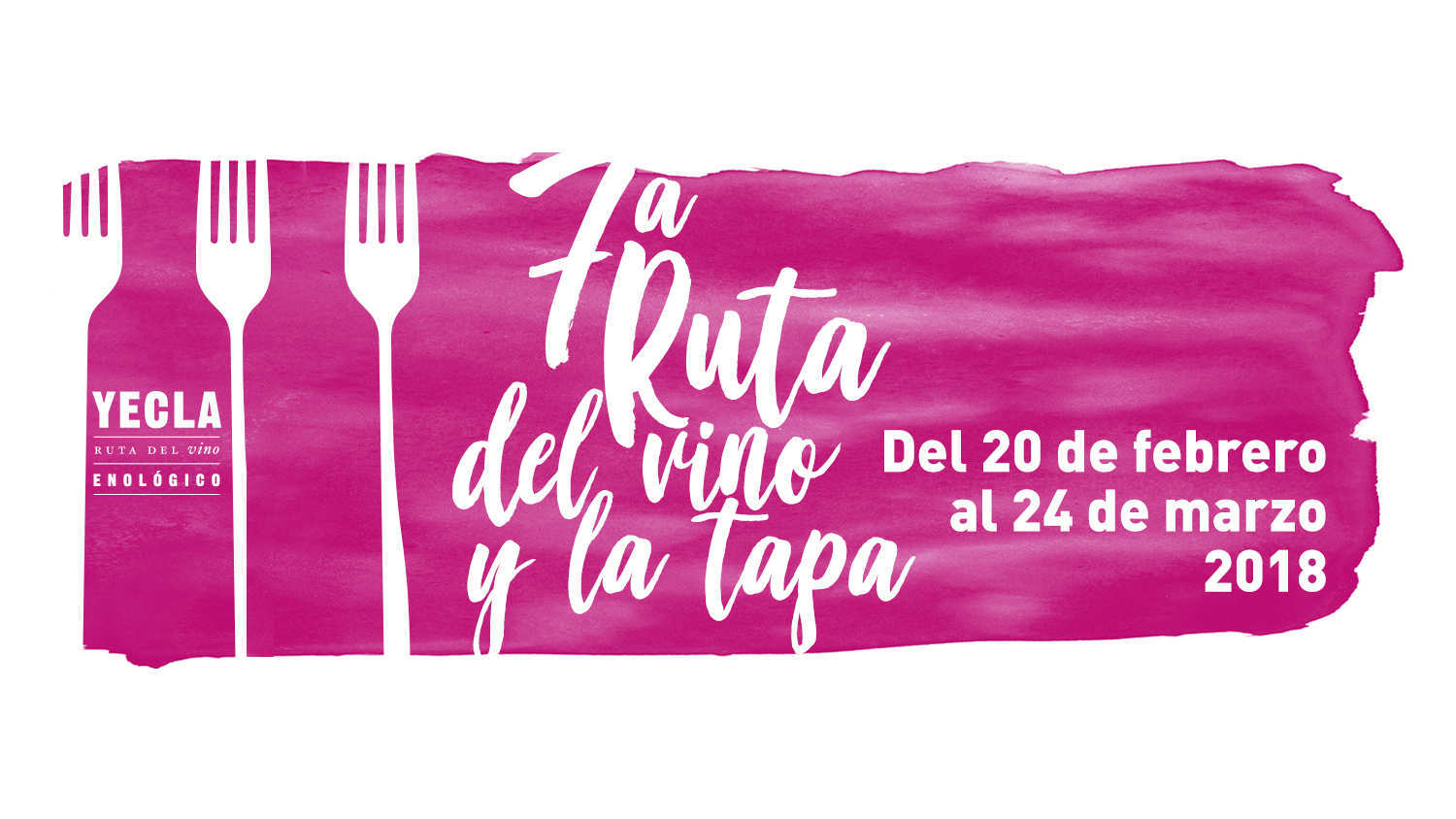 The 7th Wine and Tapas Route organized by the Wine Route of Yecla proposes a gastronomic tour of 14 of the associated establishments that have prepared succulent tapas to pair with the wines of the associated wineries.

The route starts on February 20 and will close on Saturday, March 24, at a large party in the Parque de la Constitución starting at 12 noon. The passports or credentials to carry out the route can be collected from February 20 and deposited until the 23rd at any of the participating establishments:

The "ruteros" will have to stamp in each establishment the corresponding sheet in their credential or passport. Those who complete the route, can vote for their favorite cap to choose the winning establishment of the Barrica de Oro 2018 and they will have to deposit their credentials in the polls that have been placed in each point. They will receive immediately a bottle of wine offered by the Regulatory Council with its new labeling. The establishments with the second and third best covers will also receive a special mention.

This year, a plate with a special mention to the establishment with better treatment and wine service will be delivered.

On Tuesday 27 February and 6, 13 and 20 March 27 , there will be two raffles of 1 lot of Yecla Wine Route products among all the people who have sent their thematic photos of the 7th Wine Route and the Tapa to address of mail indicating your name and phone number or through facebook to @rutadelvinodeyecla or twitter to @rutavinoyecla. The photographs will be published throughout the week on Facebook and web. The drawings will be made only with the photos received from Monday to Sunday immediately before each draw.

There will also be a single video contest. The maximum duration will be 20 seconds. The winner will be decided by a jury appointed by the Wine Route of Yecla. The videos will have to be sent until March 25, the theme will be about this edition of the Yecla Wine Route. The wine route will have the power to publish or reject the videos. Every week the videos received during the week will be published and they have not been rejected by the Wine Route of Yecla. At the end by jury the winning video will be chosen. The way to send the videos will be indicated on Saturday, February 17.

It will have an app app that you can download to view it on your mobile. From the application you can see the caps, establishments, location map and send suggestions anonymously.

Remember that you can give your opinion about the service, in addition to the valuation to the cap, in the passport and application app. Your opinion is important when it comes to improving the quality of our services.

Among all the full passports collected, there will be four raffles on the day of the closing. The four winners will receive a VIP dinner for four people at the winning establishment.

During the closing party on March 24 , from 12 noon, there will also be delivery of "The Golden Barrel" to the establishment most voted by the road as the best cover 2018 . There will also be raffles for the Yecla Route of Wine products among the attendees.

We intend that this closing will once again be a great celebration of wines and gastronomy and that the attendees will be able to taste, at very popular prices, dishes and tapas from our establishments, always accompanied by good wines from Yecla.