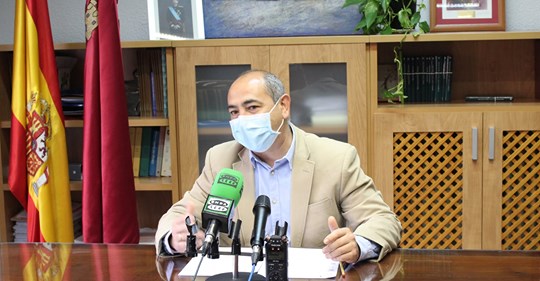 Yesterday the Councilor for Tourism, Jesús Verdú , announced this news in which the city of Yecla had been included in the route of the National Pilgrimage Road to Caravaca de la Cruz , a path known as the Camino de la Vera Cruz. that begins in Roncesvalles and ends in the Holy City of Murcia. This runs through five autonomous communities and more than ninety municipalities. Path whose axis and objective is focused on the pilgrimage of the next Jubilee Year 2024 .

Important opportunity for Yecla , said the councilor, because it will involve the development of tourism in the city, since religious and pilgrimage tourism is one of the most important and in demand today within the tourist field. For example, Jesús Verdú indicated that more than half a million visitors came to Caravaca de la Cruz during the last Jubilee celebration, a figure that is expected to triple in 2024.

Yecla would thus become a wine tourism experience within the route for the pilgrim because "we not only promote the offer of the wine route as a wine tourism destination, but we also become part of the religious and cultural tourism product of the Ministry of Tourism", assured the mayor. Plan that will allow Yecla a greater development of local tourism products and, which was most influenced by the conejal, the generation of new business opportunities .

For this to happen, Jesús Verdú assured that the Yecla City Council "will provide all the necessary resources to promote the destination."

At the conclusion of the press conference, the councilor wanted to thank the Ministry of Tourism and ITREM (Tourism Institute of the Region of Murcia) for having allowed the incorporation of Yecla to this Camino because after the union of the municipality to the Consortium de Vías Verdes de la Región de Murcia , together with this route now, Yecla becomes a point and crossroads of both the Region and the Alicante area and with the rest of the national territory in the interior. And recovering his final words "we hope that the pandemic will soon cease so that when that moment comes, it will catch Yecla prepared to offer tourists a series of attractive resources and experiences of this destination, leaving the city in a prominent place for tourism promotion" .