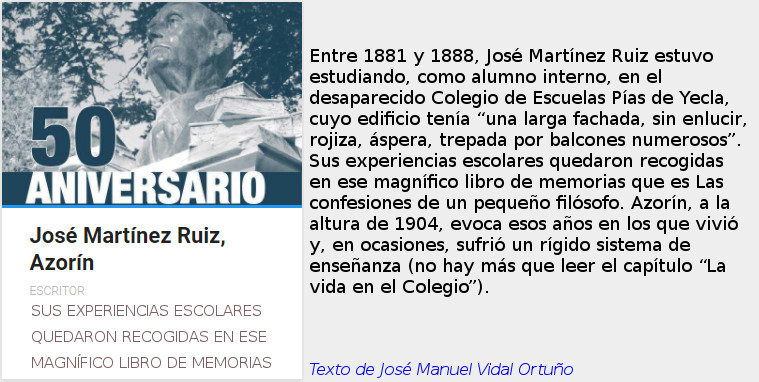 Between 1881 and 1888, José Martínez Ruiz was studying, as an internal student, in the disappeared Colegio de Escuelas Pías de Yecla, whose building had "a long facade, without plastering, reddish, rough, climbed by numerous balconies".

His school experiences were recorded in that magnificent memoir that is The Confessions of a Little Philosopher. Azorín, at the height of 1904, evokes those years in which he lived and, at times, suffered a rigid teaching system (all you have to do is read the chapter "Life in the College"). Remember classes and teachers, who, with some qualification, never touched excellence. The bad teachers, very delicately, are silenced (chapters "The lesson" and "Property is sacred and inviolable"). For others there is, however, an indulgent look. Thus, Father Peña, who looked French, was dripping with the cosmetic with which he tried to hide his gray hair; Father Miranda, who explained Universal History, fell asleep in class; and Father Joaquin, professor of Agriculture, predicted for Azorín a brilliant future in Madrid "made a silbantillo" . The contrast is marked by Father Carlos Lasalde, to whom our writer refers as "the wise archaeologist" and who keeps "a sweet and soft memory". Perhaps with this portrait the young Martínez Ruiz was showing us what the teachers of the future should be like.

Animate to share in the photographic challenge of the month of November. Bodega Casa Boquera and Restaurante Aurora give awards. 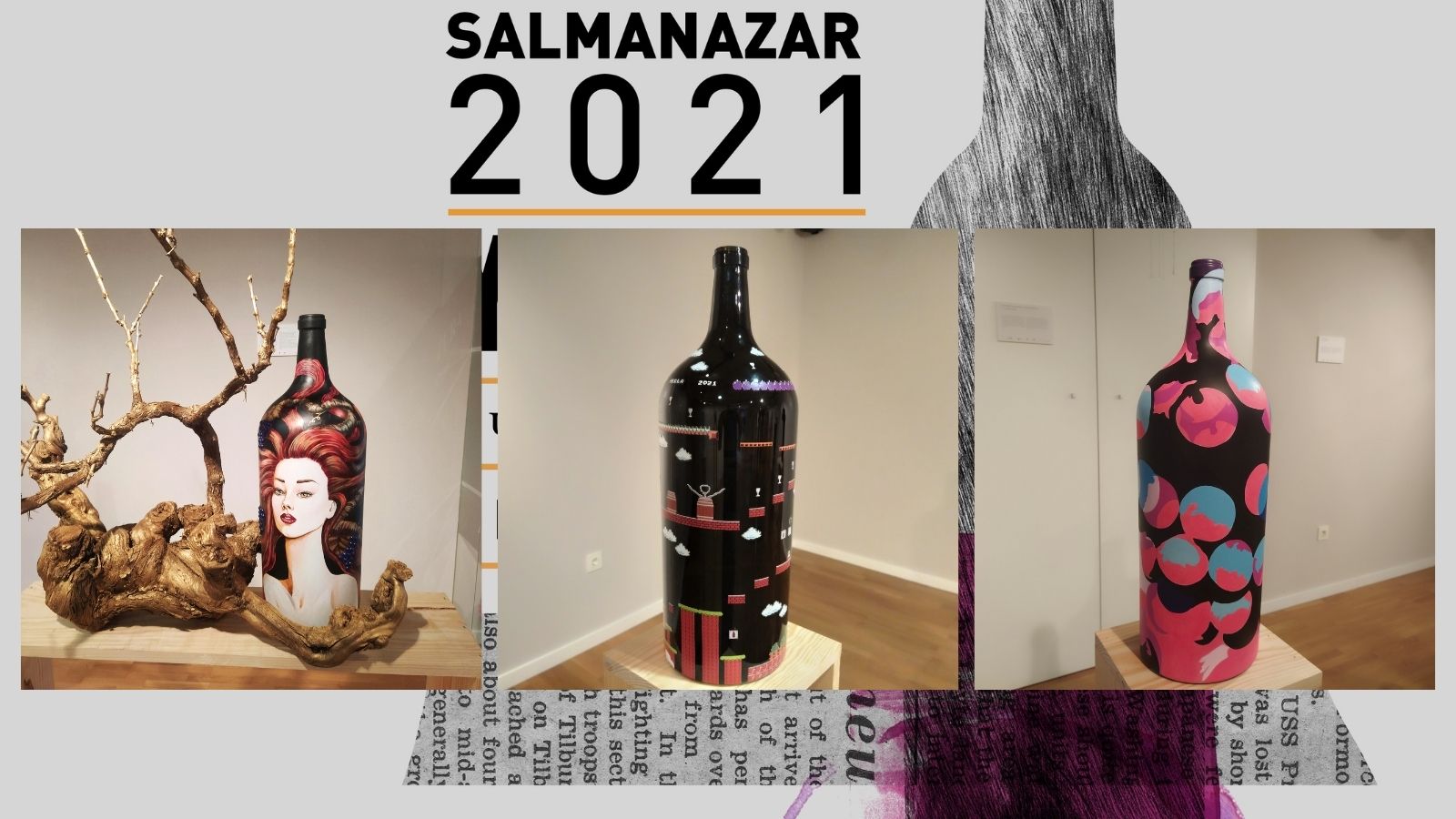 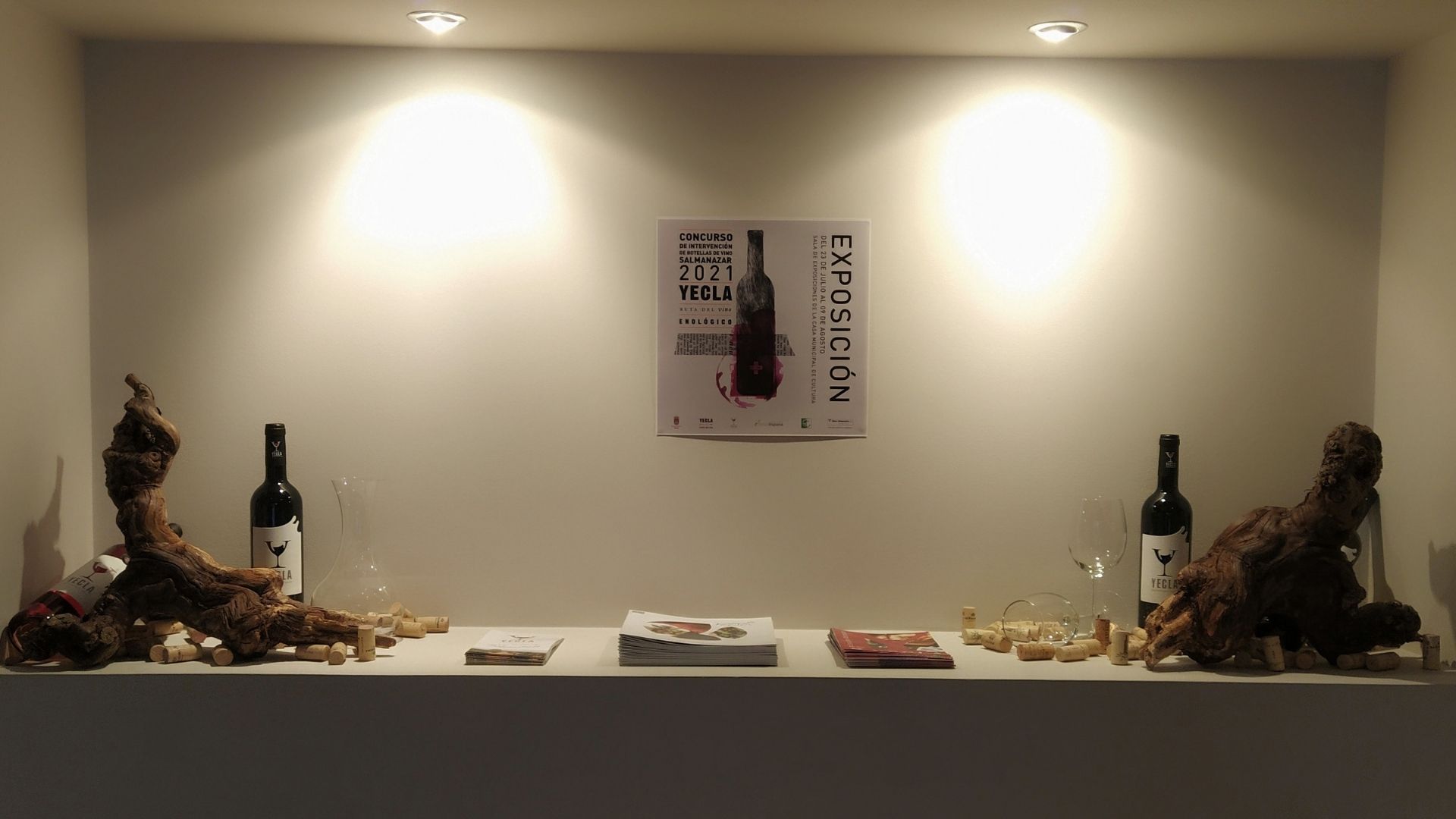 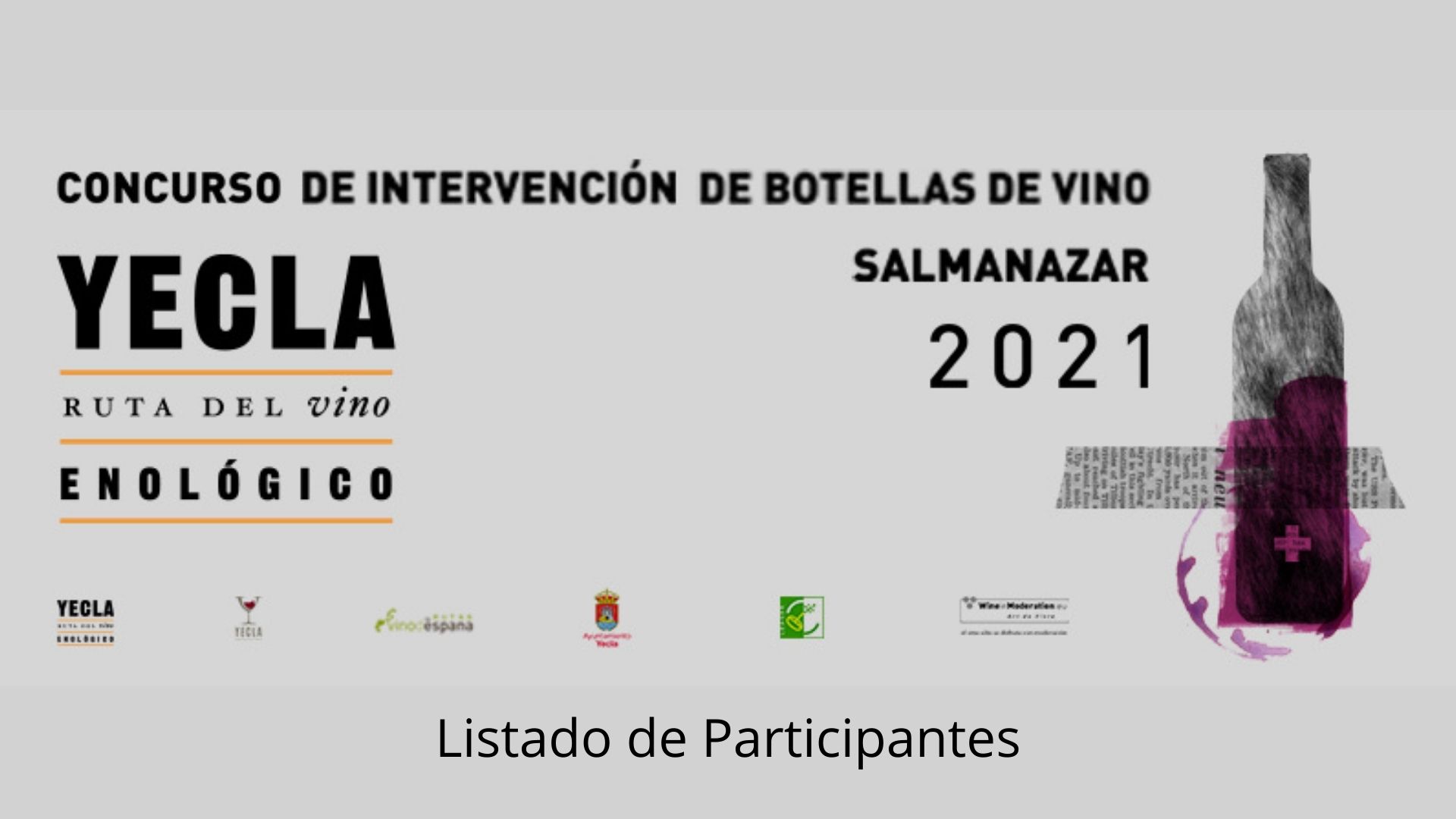 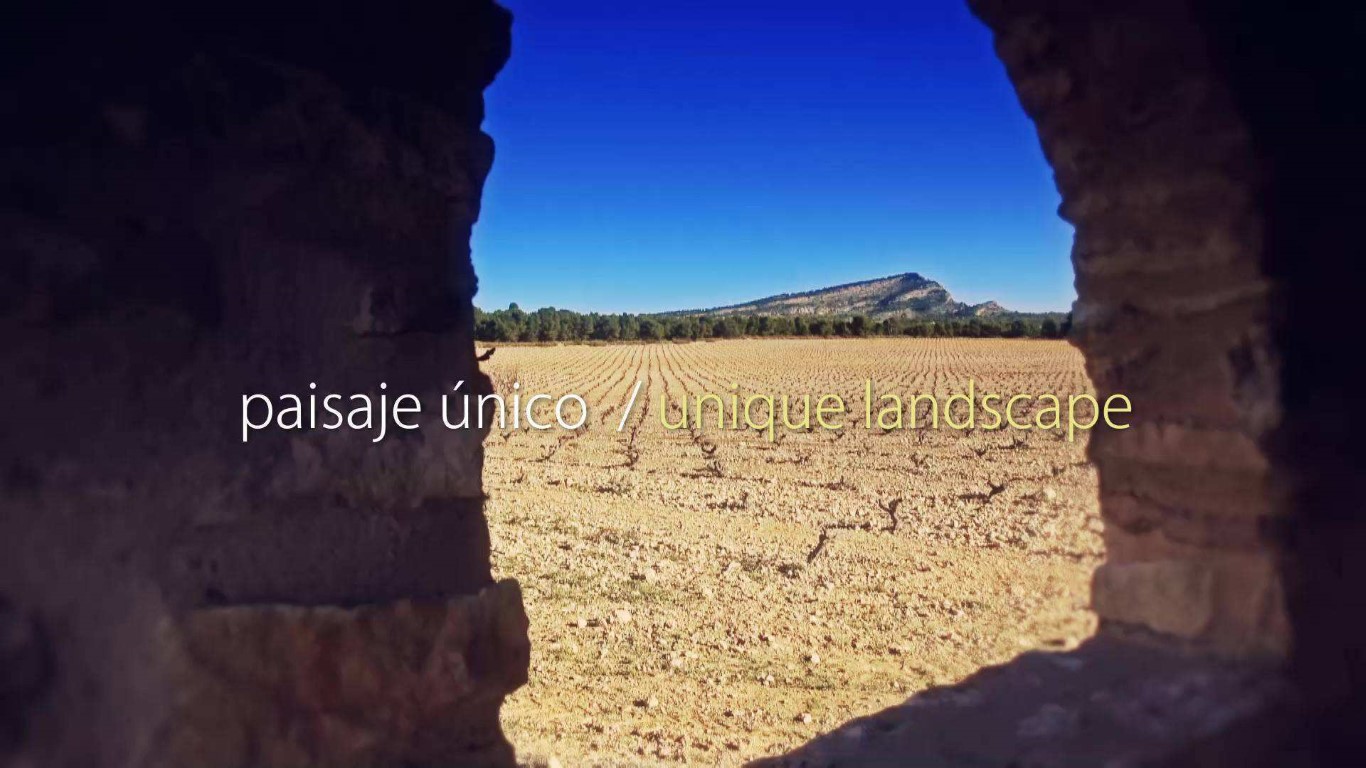