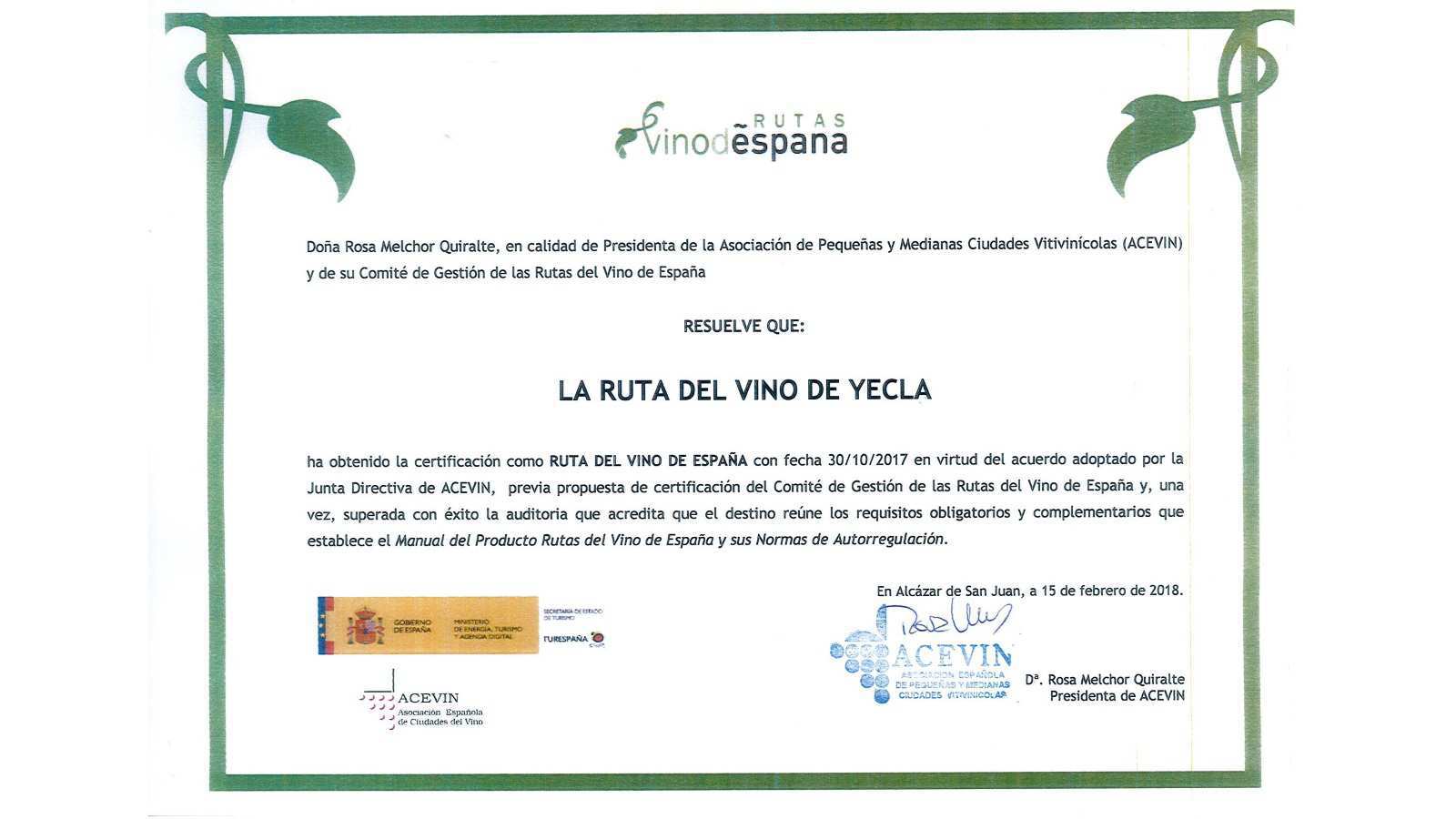 IN FULL CELEBRATION OF THE 7TH ROUTE OF THE WINE AND THE COVER, THE WINE ROUTE OF YECLA RECEIVES AGAIN THE RECOGNITION OF DISTINCTION OF ROUTES OF THE WINE OF SPAIN AND TURESPAÑA.

On the day of yesterday was held in Madrid the meeting of the Management Committee of Wine Routes of Spain, which was attended by the Councilor for Tourism Yecla Jesus Verdú, the Wine Route Representative Yecla, Ruben, and the Municipal Technician de Turismo Inmaculada Rubio, where, among the items on the agenda, the Certification of the Yecla Wine Route was approved as one of the
26 Wine Routes of Spain, by complying with the quality parameters demanded by this Products Club. 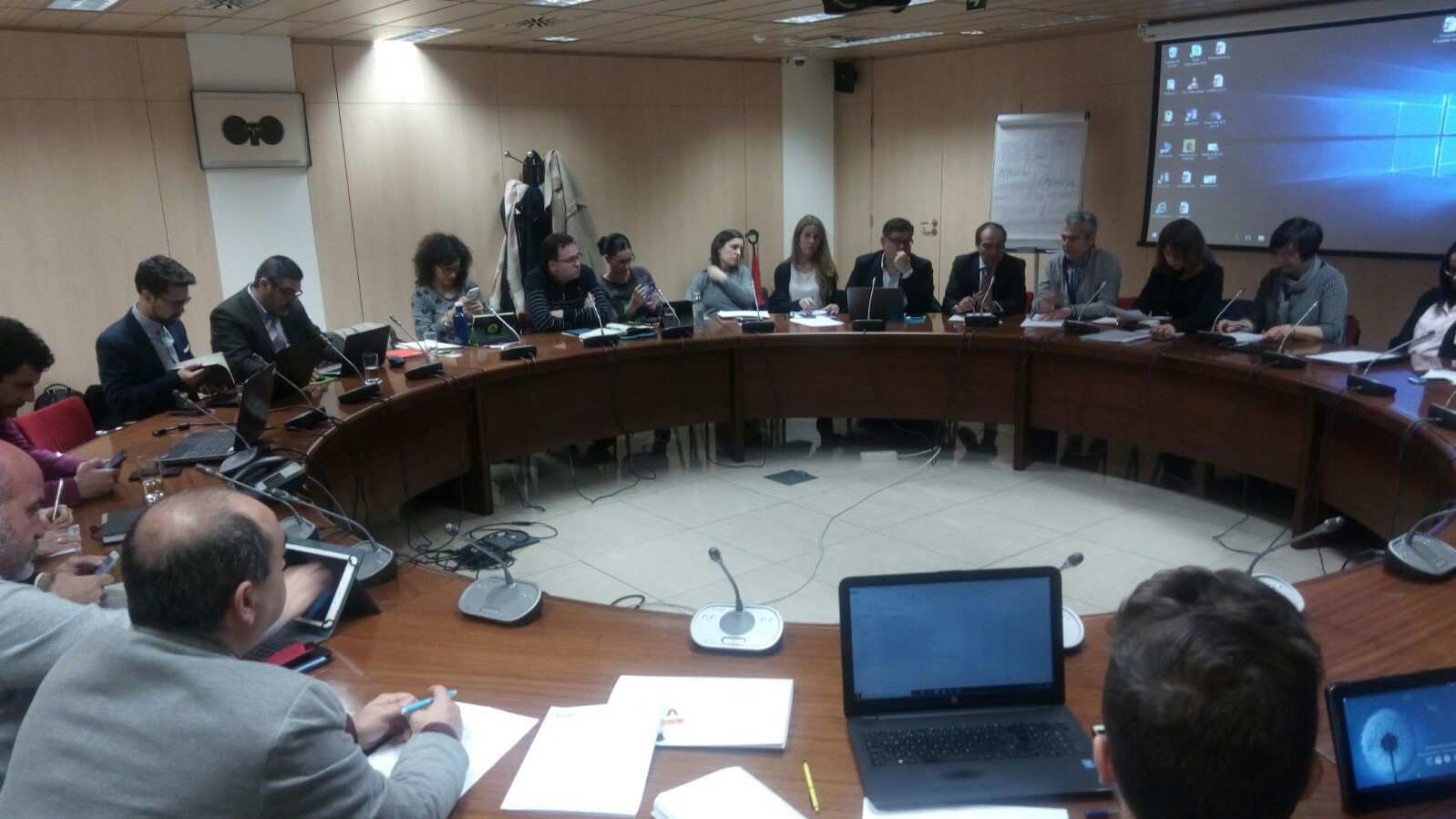 In this way, the Wine Route of Yecla is consolidated as a top-level tourist offer in the national area, thanks to which, with the vineyard and wine as Monastrell as a common thread, all the tourist resources of our city are promoted, placing to Yecla with personality on the map of the national tourist offer.

In this same meeting, the routes of Bullas and Jumilla were re-certified, which positions the Region of Murcia as one of the most important points in Spain in the offer of wine tourism, as it is the only province that has three Denominations of Origin and Three Wine Routes certified by ACEVIN.

Thanks to the commitment and effort of all the establishments and institutions associated with Ruta del Vino Yecla, in our city we have a quality tourist product recognized throughout Spain and certified by the Spanish Association