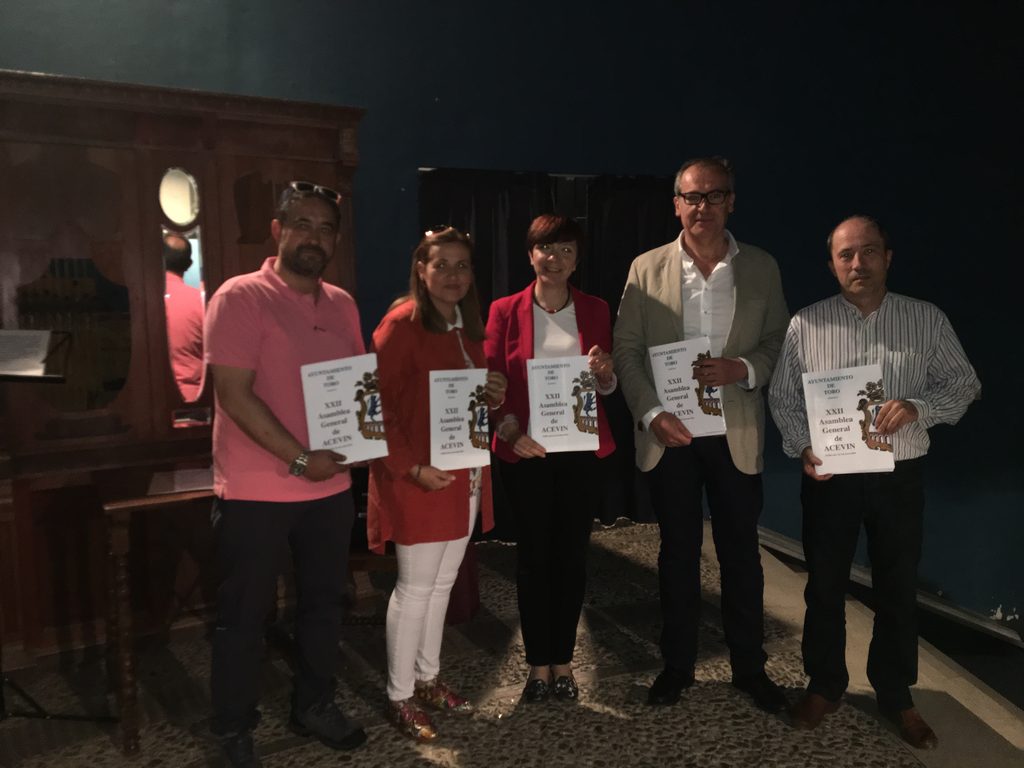 The Spanish Association of Wine Cities (ACEVIN) during the past 2 and 3 June, organized the annual meeting of Wine Cities of Spain and Wine Routes of Spain, taking place the "Meeting of the Management Committee of Routes of the Came from Spain ", the meeting of the" Board of Directors of Acevin "and the" General Assembly of ACEVIN "in the town of Toro Zamora, coinciding with the Wine Fair VINTORO organized by the Regulatory Council of the said Denomination.

In this annual meeting, were present the Councilor for Tourism, Inmaculada García and the President of the RVY Juan Pedro Castaño, as well as the person in charge of Promotion of the ENOTOURISM of the Institute of Tourism of the Region of Murcia, María Jesús Gil.

This meeting has focused on taking stock of all the projects launched in the last year, a period in which, in the same way, ACEVIN has managed to maintain and strengthen support from the State Administration through of the Ministry of Industry, Energy and Tourism.

In this XXII Assembly of ACEVIN we wanted to highlight the perception of the Association and Wine Routes of Spain by the institutions as a reliable organization and a solid, serious and well structured project.

This perception and the work carried out have allowed the renewal of the Collaboration Agreement with the Secretary of State for Tourism for the development of the Wine Routes Product Club of Spain, as well as implementing the Plan for the International Promotion of Wine Routes. Spain for 2016 through the Tourism Institute of Spain (TURESPAÑA), which was signed in our town last April.

In addition, during the last year some actions aimed at supporting the commercialization of the tourist offer of the Wine Routes, as planned since the previous Assembly, as well as agreements and synergies with other agents and private institutions foster new lines of work in the development of joint projects.

The Assembly, held in Toro, has also ratified the renewal of the certification of some of the routes that are part of Spain's Wine Routes, following the periodic audits established by the quality control system of this product club. Add that the Yecla Wine Route officially obtained its second renewal of the Certification as ROUTE OF THE WINE OF SPAIN last April, once verified the fulfillment of the mandatory and complementary requirements established by the Product Manual Routes of Wine of Spain and its Self-Regulation Standards.

Regarding the Wine Routes product club in Spain, during the last year methodological improvements have also been developed in the Wine Routes Tourist Observatory of Spain and the preparation and publication of supply and demand studies that provide the only data official on wine tourism that, to this day, exist in our country, and actions of promotion and marketing support.