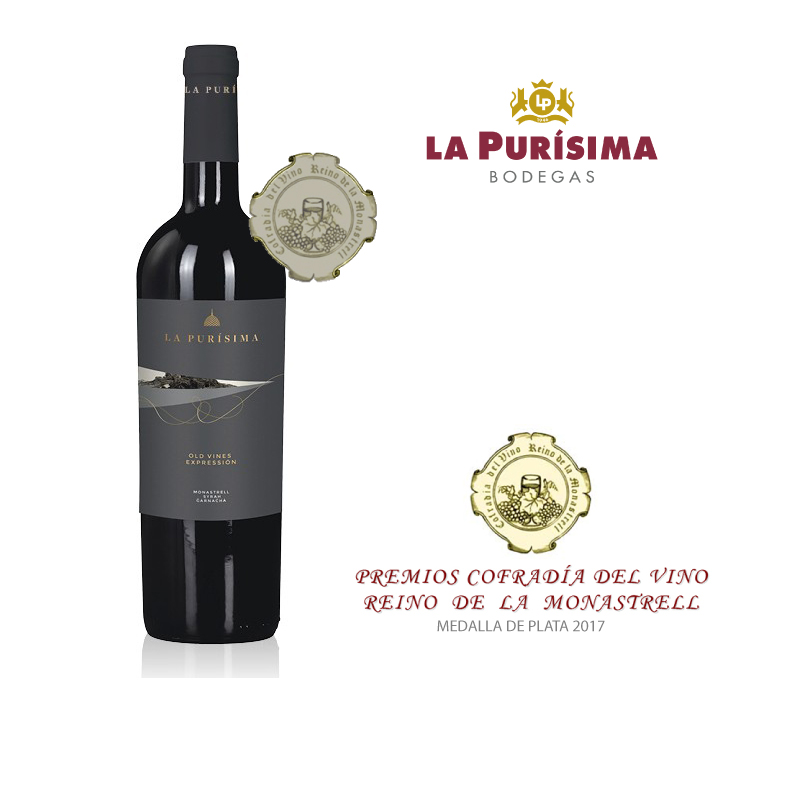 The wine of Bodegas La Purisima "Old Vines Expression 2014" has been awarded with the silver medal in the contest of 2017. These prizes are convoked by the Kingdom of Monastrell Wine Brotherhood.

The category in which the wine has been awarded has been that of Red Wines from vintages prior to 2015.

Last week the tastings of the contest were held where Bodegas La Purísima won the silver medal. On May 12, the official award ceremony will take place.

This non-profit association works for Monastrell, a grape variety in 16 appellations of origin in Spain.

Among the aims of the Brotherhood are:

a) Highlight the traditional and cultural values of wine.

b) Disseminate and exalt the virtues and characteristics of Monastrell wines.

c) Organize, sponsor and promote all kinds of activities aimed at knowledge of the wine sector.

d) Disseminate and promote the correct consumption of wine, as well as gastronomy in general.

e) Issuing opinions and opinions on the quality of the harvests and the different types of wine.

f) Collaborate in the improvement of our vineyards and our wines.

Old Vines Expression has already picked up its second prize since it hit the market just a few weeks ago. In March he won the silver medal at the international "Bacchus" awards, held in Madrid.