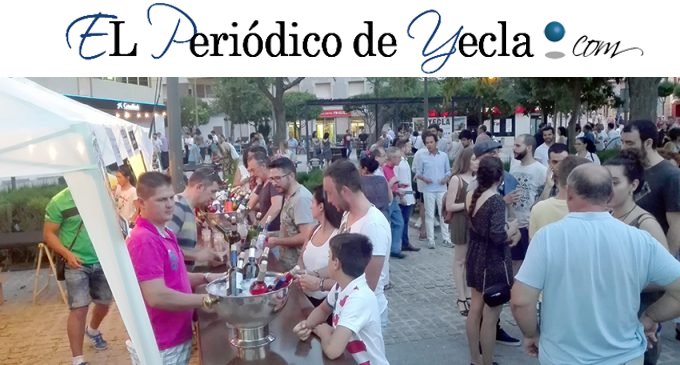 
More activities of Wine Route Yecla. The park of the Constitution and the esplanade of the Church of San Francisco were the scenarios of the last activity of Ruta del Vino that last Saturday brought together art, music, gastronomy and wine to delight the people attending. 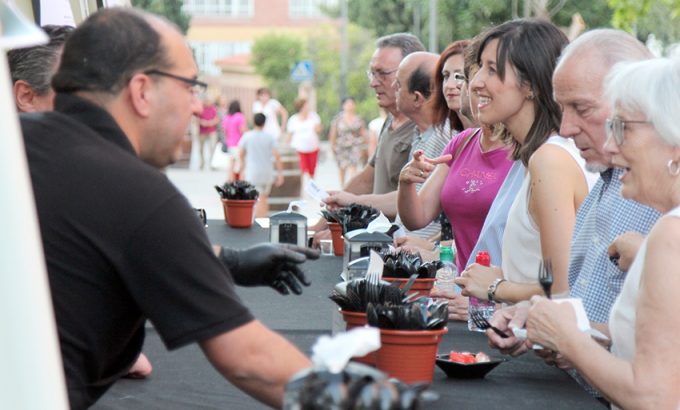 On Friday, the planned activities began with the tasting of several tapas and wines . Later, when the night arrived, the film "Entre Copas" was screened for about a hundred people who gathered in the esplanade of the Church of San Francisco. A whole summer cinema.

the film was shot outdoors in the esplanade of San Francisco.

On Saturday there was also gastronomy and wine, but this time the music and art joined the party of the poison of the Monastrell. The group Zoot Suiters Swing animated the hot night with a very lively music. Before, the artists Alejandro Muñoz, José Ortuño and Cristina Martínez, Mamen Gómez, Diana Millán, Irene Ortega, Begoña Górriz, Noelia Lidó and Luis Soriano expressed their art on barrels that could be seen by the public that attended in greater numbers in the evening of Saturday. 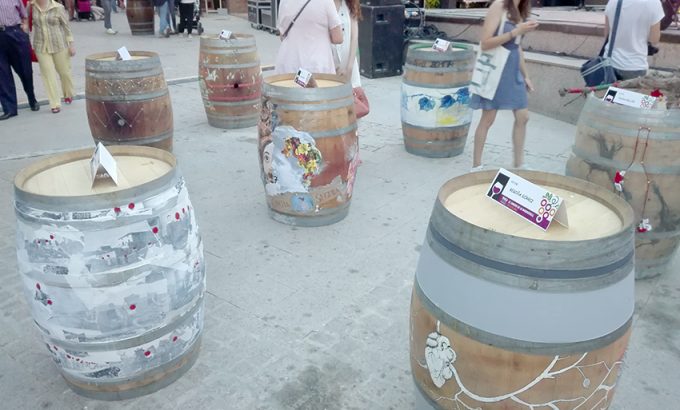 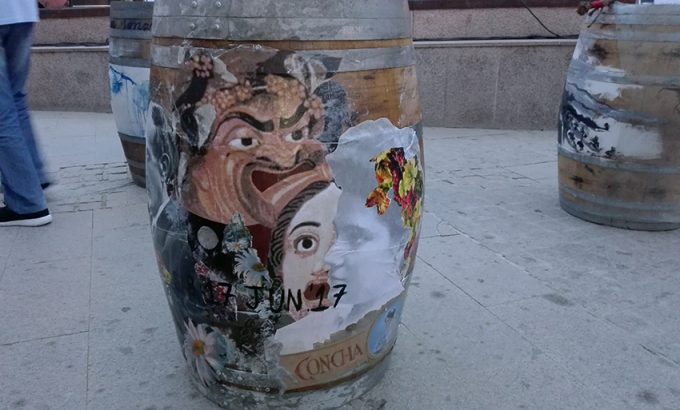 In addition, the organization held different raffles among the participants of the tasting of wines and tapas.

The goal was, and was achieved, to continue doing activities in relation to wine and bring the population entertainment activities with the world of wine.